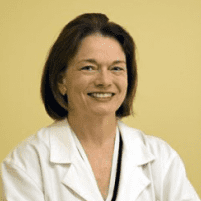 Dr. Patricia Kavanagh is a board-certified neurologist with a special interest in memory disorders. This includes Alzheimer's disease and other types of dementia. The doctor offers her services to residents of Brooklyn New York from her office in the heart of Downtown Brooklyn, across from Borough Hall.

Am I developing Alzheimer's?

Dementia is a group of conditions that involve loss of cognitive function (which usually includes memory loss, but may also involve change in thinking and personality). Not all dementia is Alzheimer’s. It is critical that the evaluation first establishes whether the person is undergoing the changes in brain function that we see with normal aging, or whether there is an accelerated process. Next, the doctor will search for treatable causes. If those are not found, the patient (and often the caregiver), after careful counseling, can pursue special tests which may give a more likely diagnosis.

What are the Symptoms of Alzheimer's?

Alzheimer’s may appear as difficulty remembering recently learned information, by forgetting the names of things, and by losing things. Initially, these lapses are almost impossible to distinguish from normal brain aging.  As the condition progresses the person may have difficulty carrying out complex tasks such as paying bills; in some instances agitation, sleep disturbance and confusion dominate.

What Other Kinds of Dementia are There?

Some of the treatable types of cognitive impairment can include thyroid disease, vitamin deficiencies, hydrocephalus (“water on the brain,”), kidney or liver failure, and brain infections. A decline in concentration and memory can be symptoms of depression.  The same factors which can cause heart attack and stroke--high blood pressure, high cholesterol, and diabetes--can cause or worsen dementia. Medications including prescription medications can interfere with cognitive performance. There are other neurodegenerative diseases, such as frontotemporal dementia, or corticobasal degeneration.

What Is the Point of Getting a Diagnosis If the Condition Is Incurable?

There are two principal reasons to pursue a diagnosis: